Following the completion of the HRM 4 Pad (Formerly known as the BMO Centre), the team of Nustadia Recreation Inc. (Nustadia), Ellis Don Construction and Architecture 49 (A49) were selected to design, build and operate the new $42 M four pad arena complex in the Dartmouth area of Halifax Regional Municipality (HRM). The new facility hosts three NHL sized rinks and one Olympic ice surface, it is LEED Silver certified and opened in September of 2017. The RBC Centre also has multi-purpose space, meeting space, user group office space, full-service food and beverage and a Cleve’s Source for Sports and a Subway Sandwich outlet.

The RBC Centre is located directly next to the Harbour East All Weather Field, and hosts Minor Hockey, Varsity Sport, Senior Leagues, and multiple programs from all over the HRM.

The facility is also the practice home of the Halifax Moosehead Hockey Club, with over 5000 sq’ of Team space in the facility. Nustadia is responsible for the development management and has a long-term operating agreement. 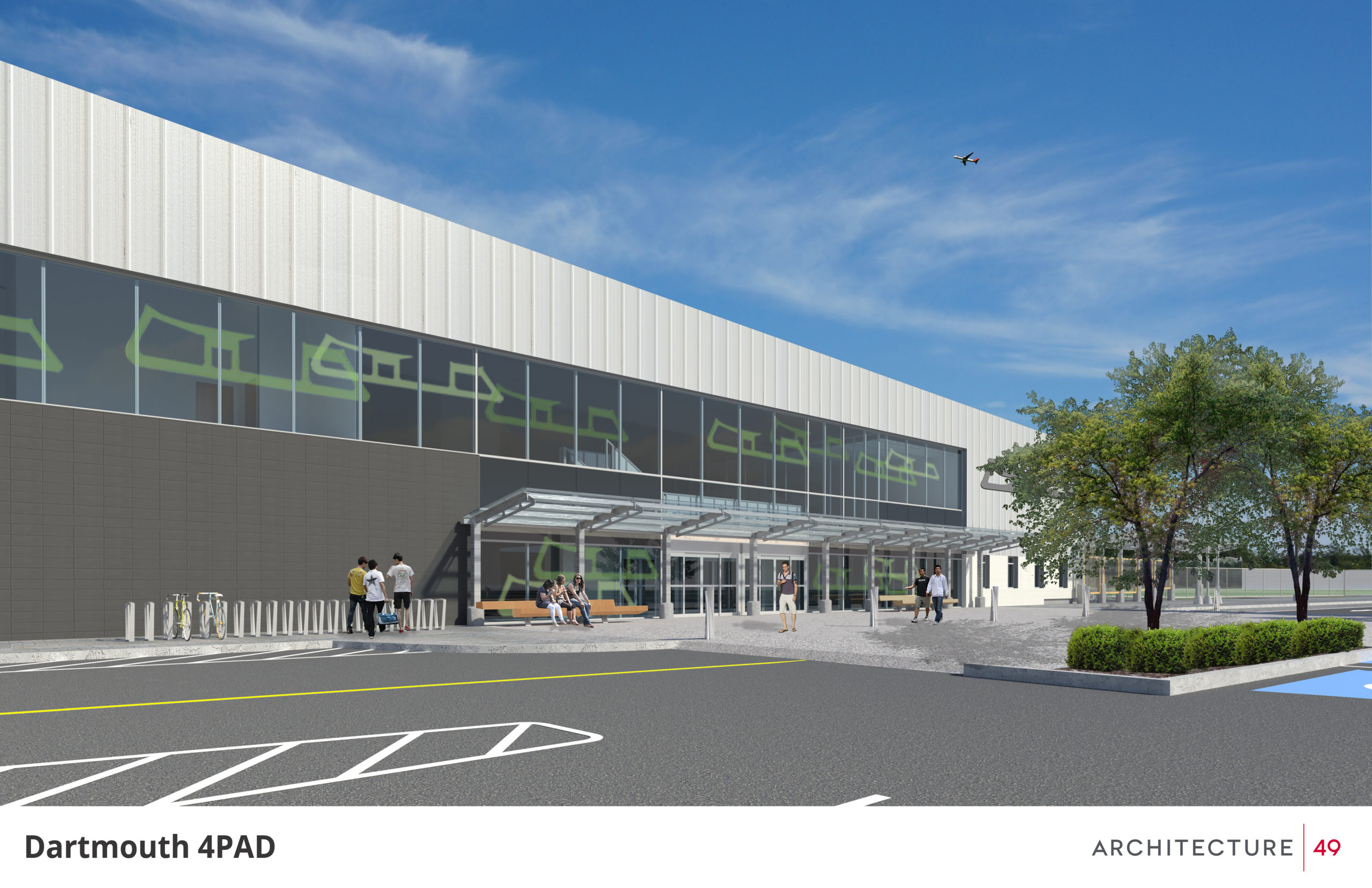